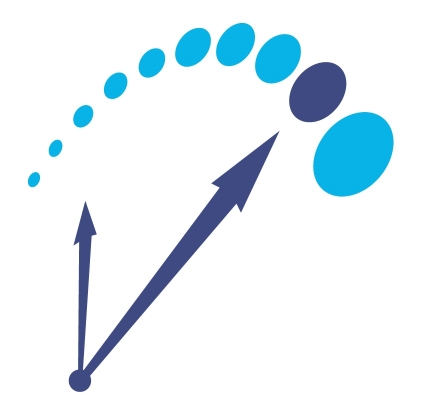 Guest Blog: The Importance of Branding

Having worked in Social Care for 23 years now, it still amazes me how little support is out there for people who have to pay for their own care. I understand that Social Services are stretched, there are not enough workers to do the crisis work and that this is only going to get worse as the baby boom era gets older. However, it's a minefield out there and there are some things I think people should know to help them make decisions that can alter the end of their lives significantly.

Firstly, anyone involved in a Social Care assessment will know the basic information. If you have over £23,250 you will have to pay full cost for your care moving forward unless you have such complexities in your care needs that the NHS takes responsibility (very few people ever meet this threshold so we won't dwell on this too much for now). However, paying for your own care home, if you're deemed to have the funds, is something we can't change without a complete over haul of Social Care funding with a larger piece of pie coming from our elected government (an argument for another day I think). What I would say though is, how they expect anyone to pay for their own Care Home when they are just over the threshold is beyond me and a debate that has left me frustrated enough to put pen to paper (or fingers to keys in this instance).

So, take the scenario; Mr Smith is in Hospital and has £32,000 in savings and his Wife remains living in the family home. The Home can't be taken into account in a financial assessment as it's being occupied and thank goodness this Country hasn't started to make spouses homeless in order to get the hands on extra money! However, paying privately for a Care Home when you are only £9,000 over the threshold is an impossible task for most people, leading to delayed discharges from Hospital or people remaining at home in unsafe situations. Why is this you ask? It's simple. Most Care Homes, who are accepting people on a private basis, want to see proof of at least a year or sometimes two years funding. Bearing in mind most Nursing Homes charge, on average, £1000 per week Mr Smith will need to apply for Social Services support almost the minute he moves in and certainly after his first months bill! However, he can't move in as he doesn't have the proof of funds required. So the Nursing Home won't even come to assess him. Mr Smith can't ask Social Services to help with funding as he's still £9000 over the threshold and he's being told to come back to them when he reaches around £25,000 and they will assess then. What can he do apart from stay in a Hospital bed that he doesn't need, risk hospital acquired infections and be miserable, away from family, no privacy, no personal belongings and quite frankly no hope of getting out of the situation he finds himself in. The NHS are paying hundreds of pounds a day to keep people in a Hospital bed but are only paying £156 per week to help a person pay for their care in a Nursing Home. How do those figures make sense?

Another frustration of mine is that there are companies out there who are helping people to release funds from their property, which may seem logical, but they are not always giving people all the information before helping them reach a decision.

I have spoken to several companies that offer support to Older People when selling their properties, moving somewhere more manageable and releasing capital from their house to give them freedoms and choices to continue to live their life to the full. Whilst this is true, downsizing does give them more choices, there is a negative to this that people are not always aware of. I'm not saying that downsizing is always a bad idea and for some people it may well be the answer. However, by doing so you are putting capital in your bank account that may then become vulnerable to being spent on your care in later life, sooner rather than later for some people. What if a person were to stay put and shut off upstairs, choosing to live in a couple of rooms downstairs? They continue to live in the house they love, by closing off rooms in the house they're not using, the heating bills are reduced and then, when the time comes to needing support with their care needs, Social Services will help if all your Money is tied up in your property. However, once you move, you will have to fund this on your own with very little support on how to do this properly. I had approached a couple of these companies to ask if they would work with me to ensure people were making considered decisions, being aware of the benefits and burdens of all the options. Sadly, they didn't want to engage with me and I can only think that, by getting me involved, a person may choose to stay put after all and essentially reducing their workload and profits!

I wish I had the answers. The Care Act (2014) details the need for self funders to be properly supported to find the right level of care for them. However, the reality is, this has made very little difference to the amount of support self funders receive. Whilst they are entitled to that support, all I can see is people on a waiting list never deemed to be priority so waiting forever.

It's hard to know where to turn to get truly independent advice. Private companies offering free care assessments could have a hidden agenda as they may have their own services to offer people, hoping to get paid further down the track. There are very few truly Independent people out there to support with such life changing decisions. I hope to see a change, that more people feel empowered to make the decisions that are right for them, no regrets. I also hope that more Social Workers branch out to support the people who are otherwise left in the dark. Until such time, I continue to fight the fight the best way I can.

Why Kerry? Here is first hand experience from Damian:

My grandparents were awesome. My grandfather was a bit of a hero in the second world war (he has loads of medals, including a George Medal) and my grandmother was a loving, fun and supportive person with the cheekiest sense of humour.

To me as a kid, they were just like superheroes and between them they gave me a very rich exposure to life. Of course, being superheroes, they were invincible. In all my years of knowing them, they never seemed to age. That is, until right at the end, when their health deteriorated very quickly.

I think my grandmother knew something was up, as she suddenly decided they should move into a care home. I was happy to sit and chat to them about the different options. I quickly realised, however, that despite my experiences in financial planning I knew very little of real practical, significant benefit.

Let's face it, a cashflow doesn't really answer questions like, "how do we even know if a care home is any good outside of the glossy brochure" or "how does the care home know what medication we need?"

Fortunately, I knew Kerry. She got involved, she sorted everything out and she took away so much pressure. She was incredible. Kerry is an independent social worker. That's to say, she charges a very reasonable hourly fee to do the work that a council employed social worker would do.

Think about the direction of payment in that for a second. The independent social worker is paid by the client to get them the best care available. She's not working for the council in an overstretched department, she is working as an independent business, with all the qualifications and experiences.

Here are some of the things she did: