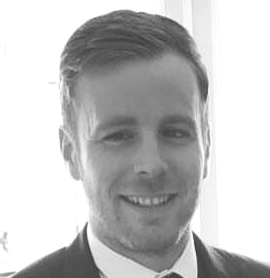 Do you remember that whole RDR thing?

I know it was a while ago now, but you must remember it.

It was a bit like the financial services equivalent of a palm pilot.  It was kind of a big deal back in the day, was going to change all our lives and everyone was talking about it but now it's a dim, distant memory.

For the youngsters, RDR was the Retail Distribution Review; legislation announced in around 2009 to take effect from the end of 2012 requiring advisers to have higher levels of qualifications and charge clearly declared fees instead of commissions.  The aim of which was to move us from being an industry to becoming the majestic profession we all exist in today.

If you were practicing at the time you might remember loads of consultants, quite often employed by product providers, running up and down the country telling advisers how to change their businesses to prepare for the changes RDR would bring.

One of the things they tended to suggest, which became almost universally adopted, was the idea of charging an annual fee.  The idea was this would replace the annual trail commissions that would be lost post RDR - genius stuff.

That was great as it solved a problem; trail commission[1] would end so instead charge your clients an annual fee.

This created another problem though, because if you charge an annual fee you have an obligation to deliver a commensurate annual service.

As a result, advisers were encouraged to demonstrate the value in the fee they charged.
This commercial relationship became known as the 'service proposition'.

Annual fees and annual services are now pretty much ubiquitous but if you operate this way, you may find your service proposition giving you a nasty sting come January 2018.

In most service propositions I have seen, the service provided for the fee usually takes the form of an annual review of some description, together with a rebalancing exercise.

Before you read any further, have a quick read through your client service proposition and see if the idea of an annual review is something you offer clients.

If it isn't, you don't need to read the rest of this.  You lucky monkeys.

If it is, read on because one of the implications of MiFID II affects you, and you may not have realised it yet.

From 3rd January 2018, if you review your client's circumstances in any way, you are now obliged to conduct an interim suitability assessment.

Not only that, you also have to produce a suitability report, whether or not anything is bought or sold!

Imagine how much extra work is created with a simple MiFID recital that is just 5 lines long!

Now you are in a situation where the laborious process of onboarding a client isn't something you struggle through at the start of the relationship in order to get them into management and paying an annual fee.  Instead, it is a process that has to be repeated every year because someone told you to charge an annual fee and deliver service rather than just managing transactions.

The regulator doesn't do things just to annoy advisers, it's their nature - it's why they exist, so you can't blame them for any fall out.  In this case, it's not even the regulators fault as MiFID is a framework of European Legislation.

I am afraid to say you just need to suck it up.

At The Timebank we have, however, designed a service that will manage this process for you.  We literally take all or part of your customer base, manage it proactively and give you everything you need to deliver interim suitability assessments.

[1] The idea of trail commission only came about as a marketing tactic by an investment house.  Instead of paying lump sum commissions, they paid it on the drip - it just caught on.  An entire profession's mechanism of charging came about from one marketing bod!  0.5%p.a. trail was never designed to reflect any level of service and yet, that's the way an entire profession has gone- incredible, isn't it!